Kristina Lachaga knows how to make a catchy pop track! With stacking up a staggering 3 million views across Instagram “Hot Summer” Kristina employs sticks and stones with anti-bullying messages using her talent and voice while helping teens and tweens to figure it out their passions with confidence, a great attitude and inspiring her fans with how to become themselves.

Kristina is a rising pop singer and songwriter also known as “The Girl With The Big Pink Heart™ that happened after a memorable Justin Bieber concert in 2010 when he picked her to be his “Baby” as he closed a concert in Trenton, NJ. She already had great opportunities performing at major events like iHeartRadio & Girls’ Life magazine while also supporting acts including Olivia Holt, Skylar Stecker, Bea Miller, Shawn Mendes, One Direction, Shawn Hook and many other Disney and Nickelodeon stars.

The talent was obvious from a very early age with her first performance at the tiny age of just 3 years old. Following her hearts dream, being seriously committed to making it, at age 12 she was featured in the National Tour of the Broadway Musical “Gypsy” after this great achievement Lachaga started to compose her own songs. There is no doubt Kristina has a very notorious background in the music industry, with supporting legendary acts, performing in majors events. A big highlight included debuting on CBS/WBTV. 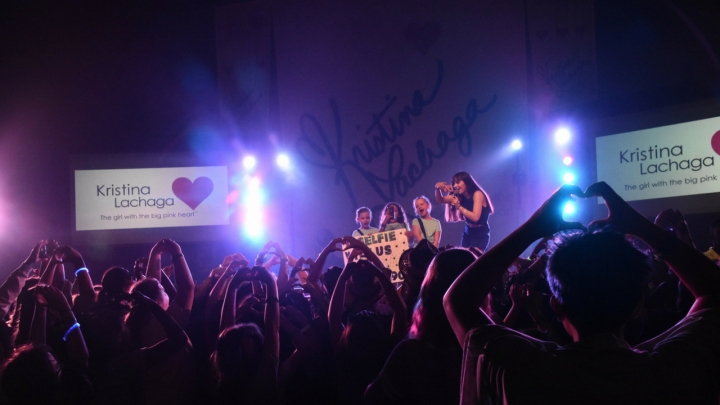 Working on her first EP, now she is dropping us “Hot Summer” the pop vibes of the song will definitely have you singing along without even realizing it while leaving you an embed for the brain on repeat. The track is literally hot and you can check it below, Kris invites you to become a #Heartbreaker and follow her via @KristinaLachaga on her socials the original songs are available on iTunes, Spotify, Apple Music, and more!

Stay tuned and up to date, until the next time!