Following up the success of “Swim Far”, the debut single taken from Snow’s debut EP, Lara is back and releasing not just a new hot track, but also a new music video for “Butter Knife”, the second single from her upcoming EP “Delete Forever” that looks and sounds like a confirmation of her statement. 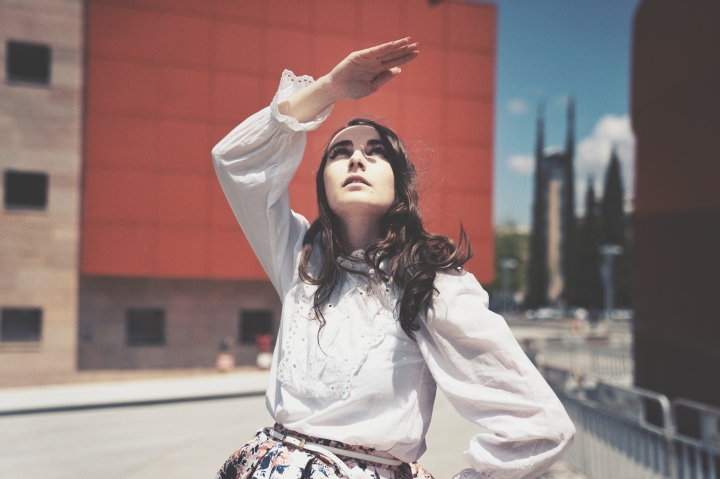 Just to recap Lara Snow can be described as a person who is down to create her reality, which could be described as a vision of a soft melancholic glamorous sight, flexing Snow‘s true colors. Spending some time in Berlin, London, and Tel Aviv while practicing the piano, Lara was producing the expected EP, with a focus on climatic change as one of the subjects that inspired her record, a new chapter in Lara‘s life, music, and career in the making!

Her debut single was well acclaimed by the critics and tastemakers getting a lot of positive reviews around the world. Now dropping “Butter Knife” a powerful Pop anthem about to establish Lara’s statement, the music video came to life after a collaboration with a Berlin-based artist “Natasha Gro”. The video was directed & shot in Berlin by Jonatan Harpak who also directed her previous one. Experiencing new places, searching for different atmospheres “Delete Forever” is like ‘the first baby’ quoted by Lara while we had a quick conversation. Lara talked about the record and more, you can check the interview below.

What is the inspiration behind the EP, please tell us about the creative process!

A couple of years back I moved to Berlin to focus on songwriting and production of new music. I came back from a tour of my new Berlin flat and it was my first winter there. Coming from a warm climate country, this weather made me blue and I kinda stayed home for a while not really interacting with the outside world and just writing. I wrote many songs on a piano during that winter and we spent the last year and a half producing them and creating the world around it. I think this EP is a bit of everything, the years before, when I was playing a lot of tours, the time I spent in Berlin and up until now. It was produced in London, Berlin, and Tel Aviv. Now that it’s almost out, a new chapter is starting and new music is already in the making.

Once “Butter Knife” is about to be the ruler of your own path. Do you see yourself as a co-creator?

What I mean by being the ruler of your own path is to work hard for your goals and move yourself forward, not to wait around for someone to do it for you. I do see myself as a co-creator, I work with talented people on my music and visuals, I don’t think the two conflict with each other.

Is this related to quantum physics?

What is the difference between this new release from “Swim Far”?

It’s hard to say, each song has its own personality.

Do you regret leaving Israel?

I didn’t leave, I was away for almost two years but actually, now I’m back in Tel Aviv.

Why did you leave?

I wanted to spend some time somewhere else, get to know a new culture. I tour a lot in Europe and it’s easier to do that from within, so I figured, why not do that for a while? I love changes and new experiences so I will probably move again soon.

What we can expect of “Delete Forever”?

‘Delete Forever’ is my first baby. I think in some way it took my entire life to make it, so it’s very personal to me. It’s a blend of songs, each one is a universe but still, somehow they have a strong connection. They talk mostly about love, self-love, love for another, love for the world even at times of struggle.

Are you happy with your music career progress, please drop the tea about what is happening right now!

I am very happy. I’ve waited a long time to be able to start releasing music and it feels so good to have my music out there for everyone and not just to myself. We are also playing shows again after a long break, we will go on tour and play some festivals soon, so that’s exciting.

Lara Snow “Butter Knife” music video is a perspective of how our surroundings and environments come in shapes and forms within our reality and in between, creating our personality. With the feeling that happiness is a state of mind. Lara is ready to take place. You can check out her amazing video below and stay tuned on her socials. We can’t wait to see what comes next on her pending EP.