Known for releasing such incredible Hollywood anthems, the duo The Weadon Boys have come up with a song entitled “City of Angels” that represents the LA lifestyle. Formed by Tim Corcoran and the guitar virtuoso Mark Obitz, The Weadon Boys‘ goal is to make great music motivated primarily by a desire to satisfy their own highly selective musical taste. 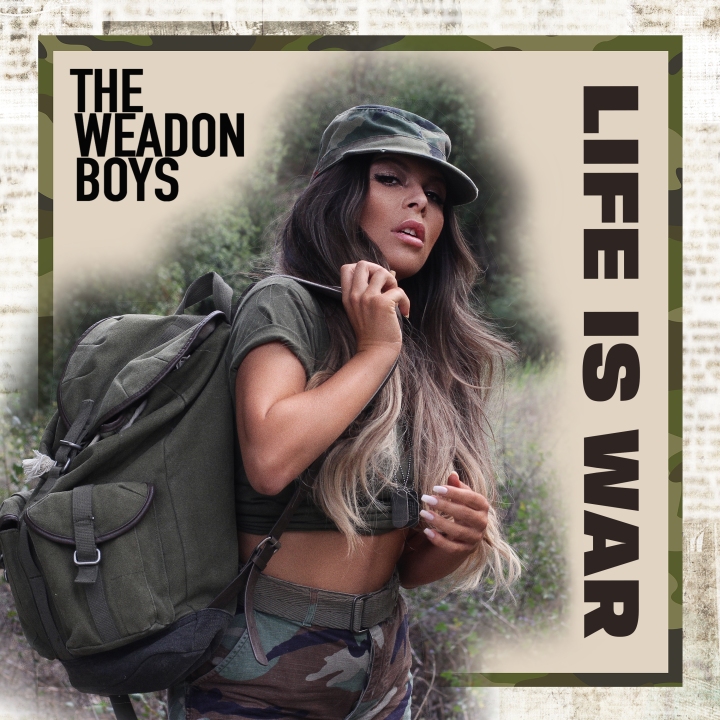 Debuting their EP called “Life Is War”, the rock duo has been working more than 2 years truly hard to release only gems. We can tell you the 6 songs on this record are totally well worth the wait, with songwriting themes driven by the mottos as they call “don’t be boring”, and “seek the ecstatic”. While the lyrics are filled with references to rebellious lives, intoxication, and sexual tension, Corcoran insists these very human experiences should be interpreted as gateways to the ecstatic. “Think Rumi”, he says with a twinkle.

Seeking new musicianship avoiding the alternative rock cliche with memorable hooks mystically-inspired tracks that can be considered spells. Saving the best for their inner circle Corcoran used to perform his real stuff in close door rituals, to summon spirits into the music, always pursuing the virtuosity, that being said we can get into the conclusion The Weadon Boys are like no other.

Their music transcends demographics via the most engaging chillwave of sound, the first single “City Of Angels” followed by the music video below is a playful, down to earth rock and roll journey through the streets of Hollywood. Expecting to reach those Millennials, Gen X-ers, and cool grandmas in the hope, they will put the ‘Boys’ music on repeat, take a hit and feel good doing it.

Check the music video below, follow the guys on socials, add The Weadon Boys to your playlist and keep tabs on this dynamic duo!