Dropping several hits, Meresha is making big moves in the music industry from charting on Billboard multiple times to many legendary achievements, such as being picked by Ariana Grande to be featured at one of those dope Spotify playlists and consecutively of featuring another major one hosted by Billie Eilish. 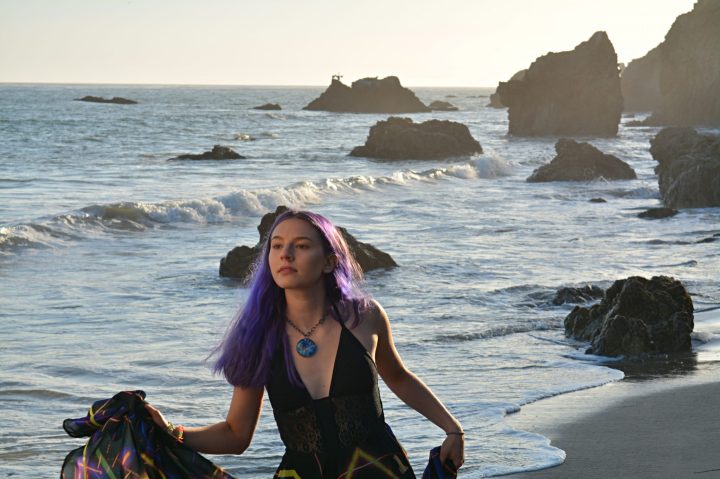 And it doesn’t stop right there Meresha is going beyond with a multidimensional perspective she will lead you to the dreamland when the subject is performing her music live she is doing great as well.
Recently she was spotted performing a secret gig at The Governors Ball Music Festival in New York celebrating women in music together with Charli XCX and many more.

One of her hits “Enter the Dreamland” is part of her EP by the same name produced in partnership with the multi-Grammy winner producer Joe Chiccarelli side by side to her cinematic music video shot in Malibu by the five-time MTV VMA nominee David Rousseau who already worked with superstars like Christian Aguilera and Lil’ Wayne.

Moving forward in her career Meresha freshly released a song entitled “Olivia” and now she is dropping a pretty much cool cover of Bob Marley’s song “This Is Love” in partnership with Movember supporting a charity case tackling men’s health including a video music contest with $600 in prizes.
Below, she is dropping the tea about her new release check it out:

What is the inspiration behind your new single?

No one said supporting men’s health had to be boring? Right?
Bob Marley, who wrote “Is This Love”, died at 36. Too soon. Together with the international charity Movember, I am releasing this tribute in my style.
Movember supports men’s health and helps fund over 1,200 projects focusing on prostate cancer, testicular cancer, and suicide prevention.
I hope you enjoy and maybe dance a little, at least in your chair.
Time to honor Bob in celebration.

Meresha you have already accomplished some impressive achievements in the music industry; What motivates you?

Mainly it is sharing good vibes with people. I work daily to improve as a musician and compose all the time, hoping to create music that will connect with people.

What is your goal as an artist?

It would be wonderful to travel the world to share my music. I’m blessed to have fans on all the continents (though not sure about Antarctica). They send their love to me daily on social media, including in private messages.
Many ask when I will play a show near them. I hope to be able to do that soon.

Are you working on new music?

It was a secret until now, but I do have an EP of new music ready to put out. Think people will vibe with it. Just waiting for the right time to share.

What you do when you are not making music?

I love to be outdoors, travel, move, dance, read. I’m a big fan of many musicians and love to see people live and go to techno parties. It all feeds back to and motivates my own music.

What is your opinion on people obsessed with Area 51?

Wouldn’t it be great if we knew more about the aliens among us? You might know that I am an alien luver and my music is in the #AlienPop genre. I would love to go there myself, but I am far away at the moment.

Are you excited to be your first magazine cover?

Wow! Really honored to be on your first cover!

All right guys that is it for now, like me Meresha is just getting started, check those links and stay tuned for the next move.