Lucky for us, Billboard-charting singer and songwriter Jill Senter is returning to the nightlife in the incredible New York Musical Revue “Celebrate The Moment” at The Laurie Beechman Theater. Directed by Tony nominee and Theater World Award winner Walter Willison, who starred on Broadway in the Tony Award-winning musical “Grand Hotel,” the show features Jill and a company of talented performers bringing the Golden Age of New York cabaret into the present as they spotlight some of the best-known songs from The American Songbook, Broadway and films. 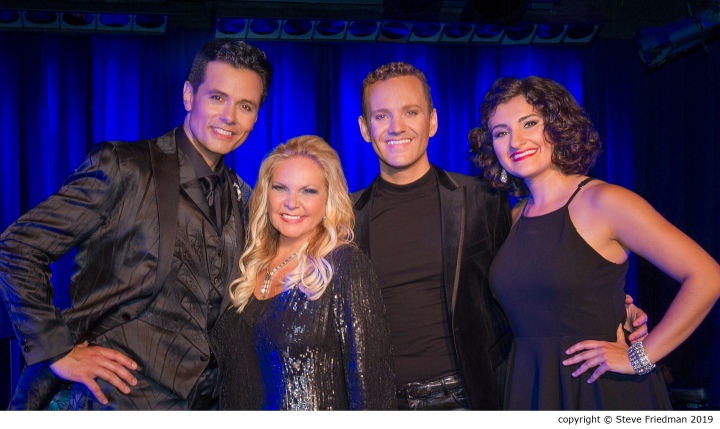 Performer and songwriter Jill Senter’s international career runs as deep as her family’s rich musical background. Jill was blessed to grow up in an amazing creative environment surrounded by musical icons. Throughout her career, even though she enjoyed her time working on films like Serpico with Al Pacino and the cult classic Pick-up, she has remained dedicated to carrying on her family’s legacy of bringing music to audiences near and far. In the tradition of her uncle and mentor David Kapralik, who produced and wrote many hits of the 60s and 70s for Columbia Records (along with discovering talents like Barbra Streisand, Johnny Mathis and Sly Stewart of Sly and the Family Stone), Jill has also made songwriting a touchstone of her career, as well as a vehicle for transforming the inevitable challenges of life into art.

After the loss of her father, she wrote “Celebrate the Moment”, a top 10 hit in Australia which also debuted at #33 on Billboard’s Club Dance Songs chart in 2018. The international success of “Celebrate the Moment” inspired Jill to create this joyous, career-encompassing nightclub revue of the same name. Written and arranged by Elliot Finkel, choreographed by Joanna Rush, and directed by Tony Nominee Walter Willison, the show debuted at the Laurie Beechman Theatre to rave reviews. Due to high demand, additional encore presentations are in the works.

All right guys, get out and see the show if you have the chance, follow Jill on socials and stay tuned and up to date.