Fab The Duo debuts their new song and music video for the self-love anthem “No Prince Charming” featuring the VH1 superstar and rapper Mariahlynn. The real-life couple is a Gay Pop/Rock Duo who rapidly ascended in the music industry coming from New York City, delivering an energetic and open-minded message, challenging the status quo of today’s cultural scene. 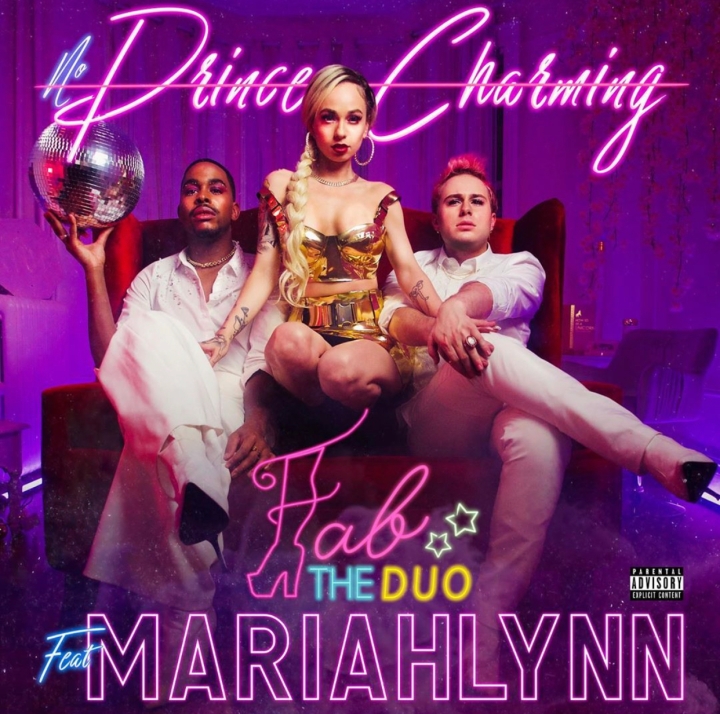 Greg Driscoll and Brendan Eprile met each other on Tinder, fighting to change the cultural narrative about love in the LGBTQ space. They started as a cabaret act before breaking into the music industry. Their previous releases helped establish Fab The Duo’s reputation for catchy melodies and visually bold scenery and with the new cut “No Prince Charming” continues this legacy. Here you can listen to the self-described “modern-day Sonny and Cher (but they’re both Cher)” an upbeat empowerment anthem following up the interview below.

Please tell us about your new release “No Prince Charming.”

When you say, “all I need is me.”
Are you talking about self-love?
How do you manage that in a relationship?

Fab The Duo is all about love, and self-love is perhaps the most important love of all. Even though we’re a couple, we’re also very strong individuals and we wouldn’t be able to be together if we weren’t confident in who we are.

Tell us about how the collaboration with Mariahlynn happened?

We always wanted a female rapper on our track, and after hearing “Once Upon A Time” by Mariahlynn, we knew she was perfect. We sent her an email offering space on the track, never expecting a response; an hour later she wrote back expressing interest and the next day she was with us at the studio. Having someone so talented and influential in the studio with us collaborating on our song was the best feeling in the world. We’ve become close friends, she’s been through it all and is very knowledgeable about the industry but remains grounded and down to earth.

How do you guys situate yourself into the LGBTQ community?

We’re two men in a healthy relationship not afraid to sing about being gay. Our main goal is to be the heroes we never had growing up. It’s very important to us that we are out at the beginning of our career. Not only are we a gay couple, we are also a bi-racial couple. We’re often separated into obscure groups divided by race or body type and we’re trying to spread acceptance in both the LGBT community and the larger world.

Since when have you been involved in the music industry, and how was Fab The Duo started?

One of us was a singer-songwriter while the other one worked in musical theatre. We actually started as a cabaret act before breaking into the music industry. We mix theatrical elements with contemporary pop elements. We became immersed in the music industry a year ago when we met our producer and A&R, the Grammy-winning JC “Mr. Sonic” Losada.

The music video begins with a cheating scene, were you guys involved in the script? Who directed the music video?

We always take a hands-on approach to our art. We wrote the script for the music video, as we wanted to make the story as universal as possible. We co-directed the music video with Alex Kouvatsos of Blackwolf Imaging, an incredible videographer that we use for all of our music videos.