Fortnight In Florida is a London based band, coming up with a new single called, ‘It’s What You Give’, which is the 3rd track included in their debut album titled ‘In-flight Entertainment‘, the band is merging a synth-pop sound with disco, influenced by Toro Y Moi and Hot Chip.

The band was formed after Simon Middleton met Eamonn Dawe when he was touring, performing as a keys player for Lianne La Havas, consecutively, they added Andrew Gallop on drums.
With three singles and a debut EP So Long released in 2016, they already performed on the notorious ‘Glastonbury 2016 Emerging Talent’, doing a lot of buzz with tastemakers, including BBC 6 Music and Amazing Radio. 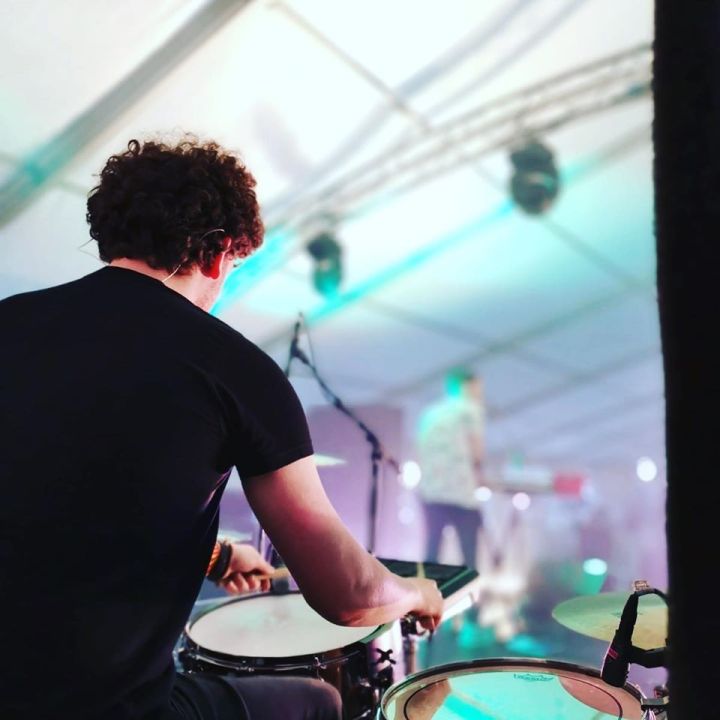 They launched a crowdfunding campaign to raise funds to record, In-flight Entertainment, The first track ‘Easier To Lose’ was released earlier this year achieving 26000+ streams so far.
We had the opportunity to talk with the band and here is what they had to say.

When did you start your music career?

We’ve all had varied starts and experiences in the music industry but to avoid a long convoluted and meandering story I’ll tell you briefly how we came together as a band. Simon started the band after leaving Lianne La Havas as her Keyboard player. Emu joined the band shortly after it was set up under the name Gare d’ici. We then found Gallop in the lonely hearts section of Gum Tree and he joined us on the skins.

Who has influenced the band?

We’ve got quite an eclectic mixture of influences but specifically for Fortnight, we hover around the Nu-disco, indietronica, and synth-pop worlds. Bands like LCD Sound System, Hot Chip, Holy Ghost!, Parcels, !!!, Tori Y Moi, Metronomy, George Fitzgerald, and anyone on DFA records really.

What is your goal in the music industry?

We want to create a movement where we really look after our followers and they’re not taken for granted and instead rewarded and supported in our own global community of fans 🙂 We’ve been working really hard in 2020 to grow our fan base around the world. Most recently we’ve been getting quite a few followers in South America – Brazil, Mexico, Peru, Columbia to name a few. We love connecting with people who enjoy our music around the world and we’ve even started collaborating with some of them. Some are DJs and have done some remixes for us and others are in bands or make art in the traditional sense and we’re going to support each other through our music and their creative outlets.

What is the message behind your music?

Other than regular first world problems, between us we’re fortunate enough to come from fairly stable upbringings, so we tend not to write about oppression or political hardship, etc. We try to make music that’s a celebration of life and the sounds that have inspired us – life can get a bit mundane at times, so many of the tracks talk about breaking free of societal shackles, or about relationships or inspirational pep talks to ourselves and others. Some tracks can be a form of therapy on a certain topic, like losing a loved one for example, but apart from that, we try to find the positive in each track we write and have a good time in the process.

What do you fear the most in the music business?

I don’t think there’s much to fear in the music business. It’s just like any job out there. You’ve got to keep your head down, focus, and work hard. There’s going to be failures and successes of equal measure along the path. And never give up.

How was the feeling of getting your music featured on BBC Radio?

It’s always an honour to have anyone play your music, especially on a platform with such prestigious as BBC 6 music.

In your perspective, based on the last worldwide events, how it will change the music industry, and the band activities?

I think the music industry is in pretty good shape at the moment. Social media for the foreseeable future is king, especially live video. Just last week we dipped our toes into the big ocean of streaming. We took our time as we wanted to do something a little bit different and with a bit more quality than just someone in their bedroom or kitchen steaming to the world through their phone. There’s so much potential for artists at the moment in terms of exposure to new audiences and getting to a wider, global audience. Lots of music venues are also adapting and some of them are putting on virtual gigs or festivals. I can’t see there being a commercially viable live situation for a while, I don’t think there’s going to be proper live gigs, tours or festivals for a while. The drive-in gigs that have been happening in Norway and the USA look fun though.

What is next for Fortnight In Florida?

We’ve been up to a number of different things lately. We’ve just finished mixing a new single we recorded just before lockdown called Stand By You. We’ve also been working on a second album which we’re looking to shortlist before the end of lockdown and record as soon as possible. And we’re also working on a follow up live-ish streamed gig. We should be ready with that in the next couple of weeks.

Fortnight In Florida · It’s What You Give Up

That is it for now, be sure to follow the guys on the socials and stay tuned for more.