Hailing from Oslo, Sigrid, very well known by her stage name SA Zeiner is a Norwegian artist and producer now living in London, she just dropped her debut album called ‘The Only Scars I’ve Got, I Got In My Sleep’. The record is full of stunning tracks including the song titled ‘Good For Your Ego’ which is truly a slap.

SA Zeiner is a multi-talented, hands-on artist, driven by empathy and human connection with her mission to cultivate universal understanding and freedom of expression through music, working hard to develop her career. She received a grant from Norwegian songwriting organization TONO in 2017 to write film music. 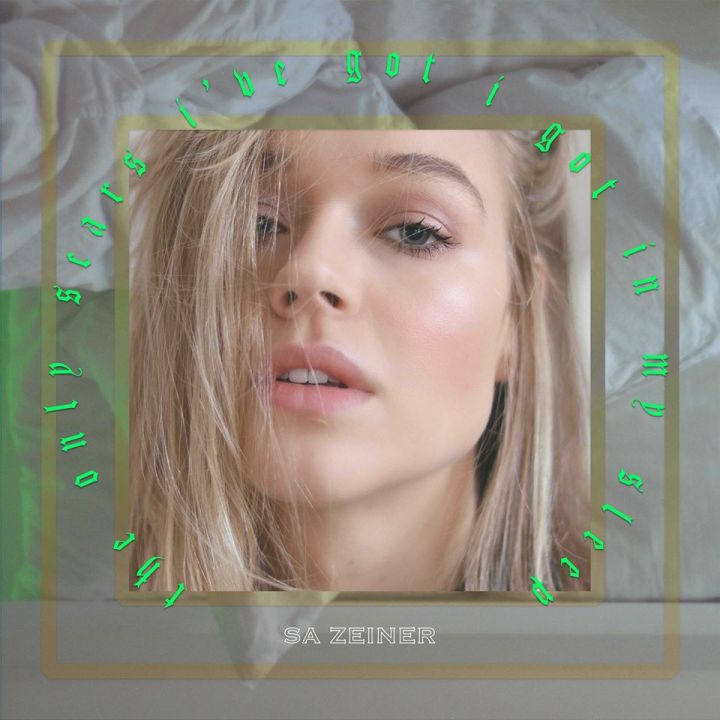 Sigrid is truly a talent constantly working, learning, and improving her craft, now primed to release new songs she also takes advantage of her abilities, not just to record her songs but also lending her skills to other musicians as well. Combining her love for novelty, cinematic soundscapes, pop, and poetry merging with soulful, melancholic pop with an electronic heartbeat and lyrics that are relatable, sensitive, and thoughtful.

I had the chance to talk to Sigrid to learn a little bit more about this rising talent, check that our conversation out below.

Where are you from?
I am from Bærum, Norway – it’s a suburb of Oslo.

Could you tell us how your dreams are related to your songwriting process?
I think dreams, in general, tell you a lot about your subconsciousness and how you feel in life. Sometimes they affect my mood for the day and so I guess at times I will be affected by that when I write songs. I am not sure if I have a song that is consciously linked to a dream I have had but for example ‘Forever, Here’ was written on the basis that I miss a friend of mine and the idea that in dreams you can create a different reality.

When did you start to dig into Classical music?
I started taking private lessons at the age of 11 and it kind of just became the style I wanted to sing in because of all the Disney movies and musicals I was into at that time. The high school I went to also only really offered classical or jazz training and so that became my foundation as a vocalist. I love classical music and think it’s some of the most emotional stuff I could sing cause you use your whole body in a much more energetic way but in terms of expressing myself as an artist pop music offer more flexibility I think.

What are your songs are about, tell us how is your songwriting process?
I love writing songs so so much. I enter this own world of lyrics and it’s a little sporadic like I’ll be doing something else or traveling and that’s when I feel inspired. I love observing people around me and create stories about them and their motivation and that can become something lyrically I will use later on. In creating the music I usually sit in my studio and come up with chords on the piano or create a beat and then I create a melody either with lyrics in mind or after.

When did you start your music career?
I am not quite sure when I would say I started as I have been writing since I was like 12 and it has just been a process since then really! The music industry is really fickle so I have always had to find other ways of making a living but I don’t mind that so much.

What is your goal in the music industry?
I want to make a name for myself as an artist, songwriter, and producer. I honestly just want to create. And I want to do it at a level which allows me to travel and meet new challenges with an excess of energy and which also allows me to live a life of balance.

Who has Most Influenced You?
My parents and my family and friends. I admire how smart and hard-working and people-oriented they are.

What do you fear the most in the music business?
Ending up in a situation where I feel constrained.

What is next for Sigrid?
I am releasing more music! But up until now, I have been working on music for my band Circumnavigate. We released our single ‘Layer You Up’ in mid-May and it has done really well for us (https://ffm.to/lyulyu) Just today I received the first mix of the next single and we’re super excited to release that later this summer. New music from me will most likely be coming out in September/October and I’m really excited for it to finally be released! Until then I am also releasing one demo a month on my Patreon which you can find here: https://www.patreon.com/sazeiner

Thanks for having me